A short post to wrap up this series on EXAUDI’s Aaron Cassidy project.

The first and second performance of A painter of figures in rooms took place within half an hour of each other at the Purcell Room on London’s South Bank on 14th July, as part of the PRSF New Music 20×12 weekend. Nine hours of intensive sessions had preceded it, during which time we were able to take the piece on from the promising-but-inchoate state we had left it in Huddersfield in May, and turn it into a complete – even polished – performance. The energy and intensity of concentration in the room during those nine hours were something I won’t quickly forget. 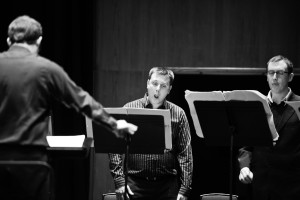 Both performances went very well, though perhaps the second was slightly better – I, for one, was not quite relaxed first time round. We were delighted with the audience’s response, which was very warm, and after the second performance a good forty or so stayed around to pore through the score and chat to singers and composer. There was no sense of anti-climax, and it felt like a real event – thanks to the South Bank and the PRSF for that. (Thanks also to Owen Richards for these excellent photos.) 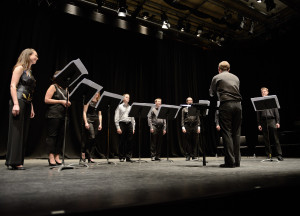 If you’ve not listened yet, the second performance was broadcast on BBC Radio 3 on 18th August and is online until the 25th August. Thereafter you will be able to hear it via download on the NMC website from 27th August until the end of the year. We have also just finished a studio recording of the piece which we’re very excited about, and that will be issued in the near future on Huddersfield Contemporary Records, along with pieces by Joanna Bailie, Bryn Harrison, Richard Glover, Claudia Molitor, James Weeks and Stephen Chase. 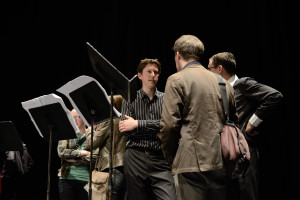 To have worked on this project has been a privilege: to undertake a genuine voyage of discovery, to push oneself as an artist and watch one’s colleagues doing the same, to have the time and space to work minutely and idealistically, and to come out at the end having made a significant work of art – these are not everyday experiences, however much they should be. Thanks to the whole EXAUDI team – Juliet, Amy, Lucy, Tom, Steve, Jon, Jon and Simon – to the PRSF, the South Bank and Huddersfield University who funded it, and of course to Aaron. 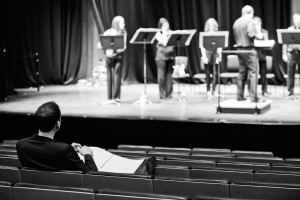 This blog will now move onto other pastures: a report of our recent activities in Darmstadt and at the John Cage Prom, and then on to our Autumn season, which is full of premieres and big events. Please keep reading! 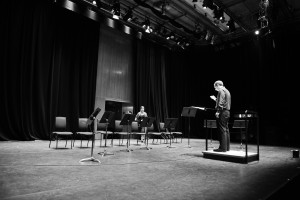